Chemical Dependency is defined as – an addiction to a mood- or mind-altering drug, such as alcohol or cocaine. 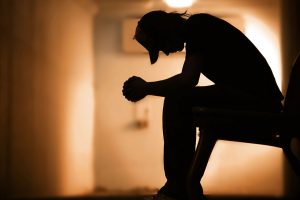 Chemical dependence is a normal reaction to an addictive chemical. The body becomes dependent on the drug/medication/alcohol and its effects, and when the substance is stopped, the individual may suffer symptoms of withdrawal while the medication is leaving the system. Chemical dependency versus substance abuse can be further clarified by looking at the body’s need for the substance. An individual that suffers from a substance use disorder will obsess about the drug long after it has detoxed out of their system. An individual that does not suffer from a substance use disorder is able to proceed with their life and never even think about the medication again.

Signs of dependency include:
• Tolerance to or need for increased amounts of the drug to get an effect
• Withdrawal symptoms that happen if you decrease or stop using the drug that you find difficult to cut down or quit
• Spending a lot of time to get, use, and recover from the effects of using drugs
• Withdrawal from social and recreational activities
• Continued use of the drug even though you are aware of the physical, psychological, and family or social problems that are caused by your ongoing drug abuse

Addiction does not have to define you or be a death sentence. Getting help is the first step to recovery, and there are scores of success stories. Even more uplifting is that many people are maintaining long-term sobriety, one day at a time.

We can help!
Contact us for a free consultation